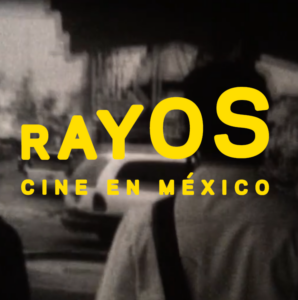 The power of the photographic image, evidenced in Luces y Sombras, to reflect a diversity of experience within Mexico inspired the companionable program exploring the country’s moviemaking legacy: Rayos: Cine en México. The wealth of formative films spanning more than a century is too vast to make any comprehensive survey possible, so a selection of handpicked films, each pushing cinematic content and grammar, comprises this consolidated showcase. From an early cinematic experiment in the 1930s that, by shooting on location with a cast of locals in Veracruz, became a precursor to Neorealism (and anticipated the Golden Age of the Mexican film industry), to more recent audiovisual forms of “Shamanic Materialism” by an anonymous collective of cinema-poets, Rayos chronicles both the epic and the intimate to reveal their reciprocal turn. In stark portraits of a family dwelling in austerity in the arid desert of San Luis Potosí, or the veritable theater of streetlife in the teeming capital of Mexico City, labor is the inevitable denominator while a sense of lyricism prevails amid all manner of adversity. Documentary is here employed to dignify its subjects while honoring the complexities of personal and cultural agency. This series of films seeks to crystallize these myriad voices and visions into a generative itinerary – call it realist magic – to be shared as a form of communal engagement and a space for collective reflection.

See our  events calendar  for more