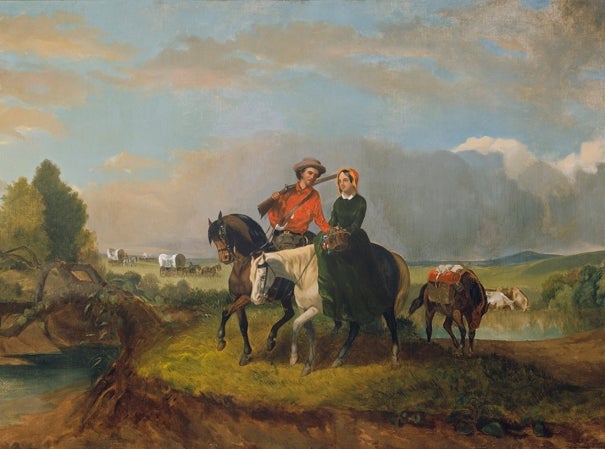 Don’t miss the final stop of this unstoppable artist-explorer that brilliantly captured the West!

Adventure and art! Stanley traveled more than 8,000 miles crisscrossing the western territories in the mid-1800s, venturing as far as the kingdom of Hawaii. This prolific painter lost most of his works to a series of disasters including a fire at the Smithsonian where more than 200 of his Indian Gallery works burned.   As the official artist with Isaac Stevens’ railroad survey expedition in 1853, Stanley’s sketches helped chart the course for the Northern Pacific Railwayâ€”which connected Tacoma to the Great Lakes and greatly contributed to the development of our region. See 60 of Stanley’s key surviving works in this first-ever retrospective.