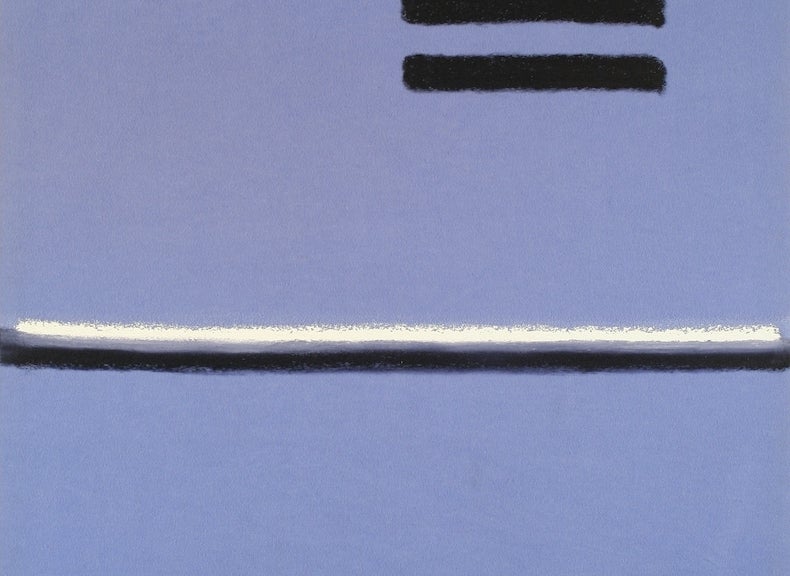 Pendleton Wool blankets have a long and interesting history, starting in 1863 when Thomas Lister Kay immigrated from England to the Pacific Northwest and opened his woolen mill in Salem, Oregon. Eventually the business was passed down to his daughter and her husband and, generations later, would become the Pendleton Woolen Mills we know today. In 1895, the mill focused on textiles and by 1896, it started producing Native American trade blankets for the Umatilla, Cayuse, Nez Perce, and Walla Walla tribes. While not Native American owned, Pendleton has a clear historical connection to the tribes of the Pacific Northwest.

Artist Juventino Aranda uses Pendleton wool as his main media in Yerba Buena, Buffalo Soldiers, Three Strikes (Yosemite). Aranda is a son of migrant workers from Eastern Washington, and his art plays on the idea of cultural and art historical re-appropriation, hence the background of the English-immigrant-owned business turned Native American trading-blanket mill.

The title of the piece itself draws attention to important cultural instances in American history, such as the Buffalo Soldiers, established by Congress in 1866 as the first peacetime all-Black regiment in the United States Army. These soldiers faced deep discrimination within the army, but were also used to employ the expansionist goals of the United States Government, often fighting for U.S. land against Native American tribes. This one example demonstrates Aranda’s implementation of social commentary in his work, and speaks to some of his goals and mission as an artist.