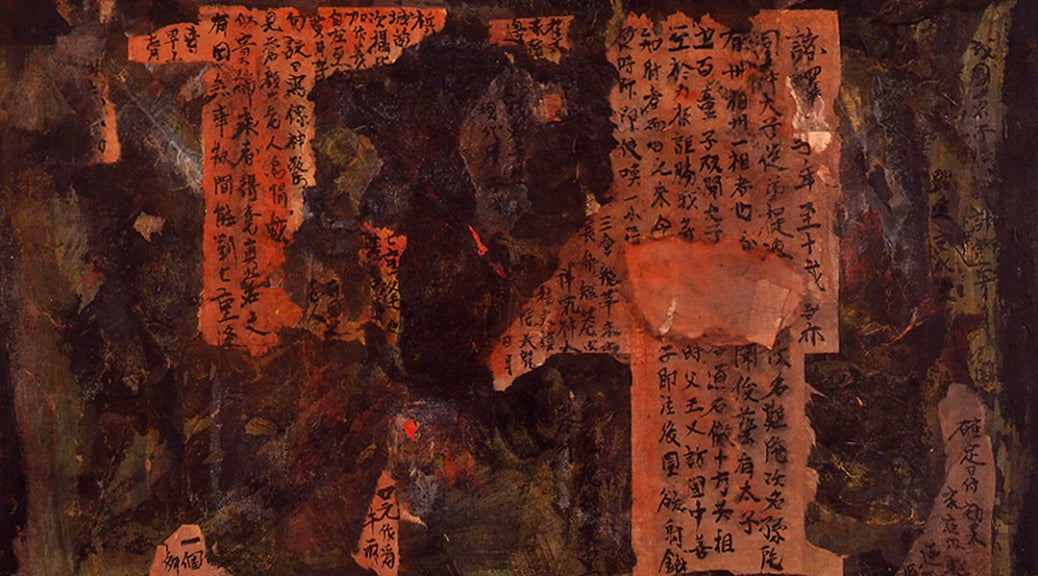 As a teenager, Paul Horiuchi studied sumi painting in his native Japan. When he immigrated to the United States in 1922 he began working for the Union Pacific railroad but continued to paint in his free time. He and his growing family survived World War II supported by his odd jobs and help from friends. His painting career began to take off in the mid 1940s and particularly after 1950 when an accident forced him to more actively market his paintings for sale bringing them to the attention of a broader audience of collectors, gallerists, and curators. His longstanding friendship with Mark Tobey and Zen master Tamotsu Takizaki in Seattle caused him to reexamine his native origins and to study Zen Buddhism.

Starting in the 1950s Horiuchi immersed himself in experimentation with the medium of collage, elevating it to a level beyond the purely decorative and exploring its relationship to both traditional Japanese sources and contemporary American principles of abstraction. His technique approached collage as a painterly process. Horiuchi explained his process in a Seattle Times interview with Tom Robbins in 1963: “Once my papers are prepared, the painting is the same as in oil — I tear and paste, cover and uncover, and from a wealth of colors which I have accumulated over the years, arrive at the subtleties and nuances of color, texture and shape that I want.”

In Weathered, his first collage, Horiuchi was responding to a weathered billboard in Seattle’s International District, attracted by the patterns created by the peeling layers of old newspapers. He purposely rearranged the text so that the viewer is not distracted by the content but rather focus on the colors, textures, and shapes. Horiuchi said that his collages are “attempts to produce areas of peace and serenity with which to balance the sensationalism- the fast, hard tempo- of our time.”