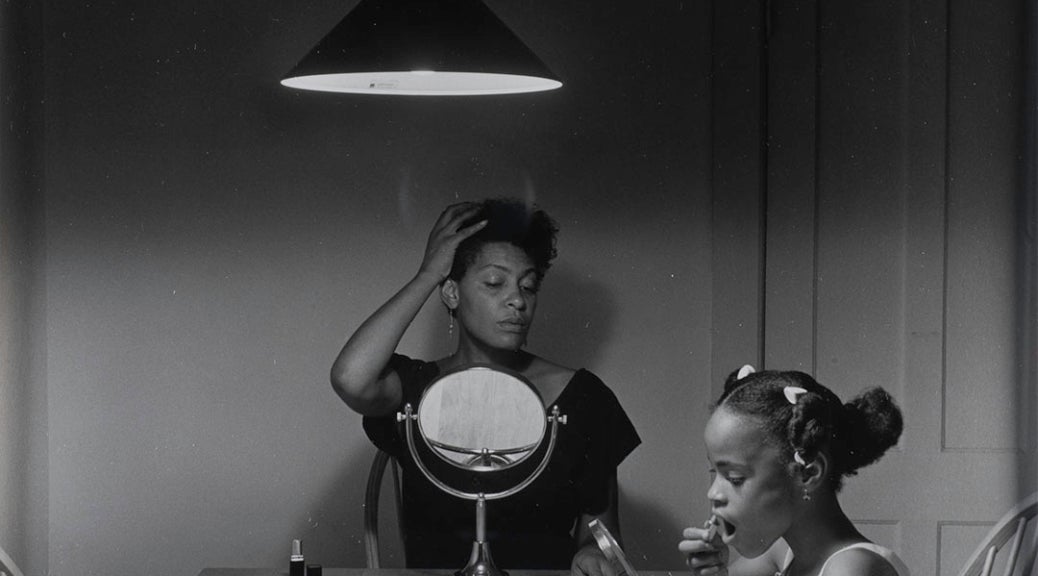 “Photography can be used as a powerful weapon toward instituting political and cultural change.” – Carrie Mae Weems

Working at the intersection of art and politics, visual artist Carrie Mae Weems investigates family relationships, cultural identity, sexism, class, political systems, and the consequences of power for over thirty years through a complex body of art employing photographs, text, fabric, audio, digital images, installation, and video. Weems has identified activism and representation as central concerns of her work, looking to connect everyone to underrepresented stories.

This image comes from her “Kitchen Table Series” captured in the early 1990s, depicting the artist seated at her kitchen table. Of the works, she said: “I had just started working on Kitchen Table, I was just scratching my way through it… Back in 1985, ’86, ’87 young women really had no sense of how to image themselves. And, black women had not been imaged in a way that I could appreciate, or admire… so, we were in this quandary, this palce. I started working on this series using that space I think in a way that any number of women have importantly used interior spaces, the home space, the domestic space in order to craft their image making. Kitchen Table was a wonderful way of, finally for myself, describing what I was doing really as an artist and what I could actually do as an artist.”

Weems earned a bachelor of fine arts from the California Institute of the Arts, Valencia (1981), and a master of fine arts from the University of California, San Diego (1984). She has participated in a variety of solo and group exhibitions at major national and international museums and has received numerous awards, grants and fellowships. She is the recipient of the MacArthur “Genius” grant, the Congressional Black Caucus Foundation’s Lifetime Achievement Award, and the U.S. Department of State’s Medal of Arts.