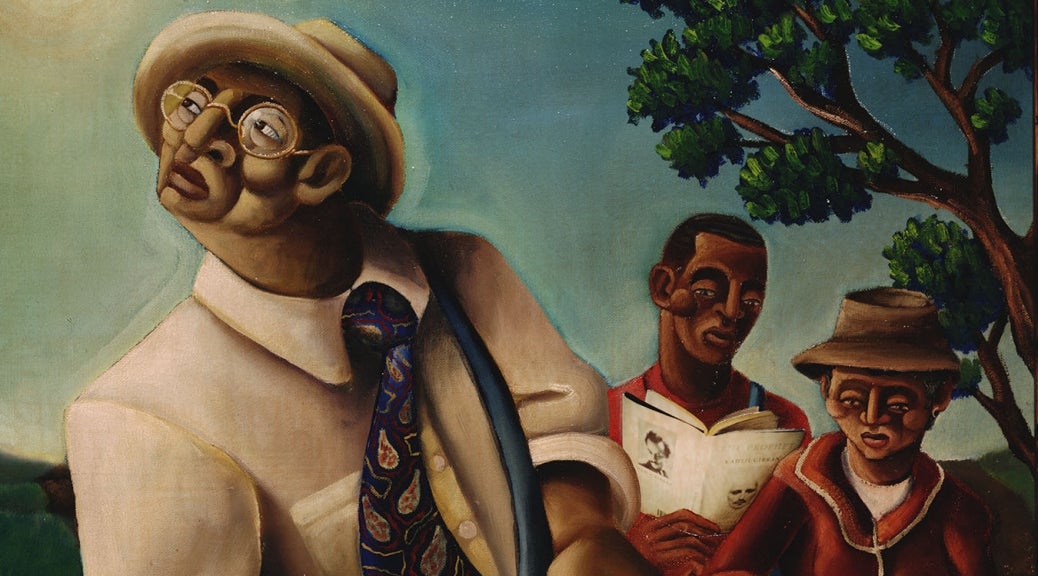 The arrival of The Kinsey African American Art & History Collection at the Tacoma Art Museum at the end of July will be a banner event for the Museum, Tacoma, and the Northwest. The exhibition tells an untold story and explores the “myth of absence” – the myth being that African American art and culture have had little impact on America over the last more than 400 years. It is likely that visitors will encounter works by artists, writers, and cultural leaders that are new to them, no matter their race. As Mr. Kinsey never tires of saying, “This is not an exhibition just for Black people. This is an exhibition for everyone.” It is a transformational opportunity for us all to view what amounts to just a small selection of the phenomenal creative and cultural achievements that have too long been absent from our textbooks, our histories, and our museums.

I was invited by Bernard Kinsey to experience the opening of a prior iteration of the exhibition at the Dallas African American Museum in September of 2019. For me, this was a moment of true discovery, one that helped me understand the significance of this “absence.” It was blindingly obvious to me that there had been so much deliberately written out of history books and records in an effort to downplay the importance of African American contributions to our culture and history. It was clear to me that Tacoma and the Pacific Northwest needed to experience this collection.

Then I met the Kinseys. If the subject and the contents of the exhibition are life-changing, the family that brought this collection together – deeply knowledgeable and empathetic – are the embodiment of everything that racists and cultural deniers have sought to suppress and erase over 400 plus years of American history. We should all wish we were able to captivate an audience so totally and passionately as Bernard and Shirley.

When Bernard and Shirley Kinsey were married in 1967, they set a goal of visiting 100 different countries during their life together. While traveling and exploring other countries and cultures, the couple began collecting art and artifacts as reminders of their treasured experiences. As their collection grew, they soon realized that there were so many aspects about their own cultural heritage that they did not know or collect. Their passion for travel and world culture led them to a desire to understand and develop a deeper connection with their own African American history.

Through countless travels and life-changing experiences, the Kinseys’ journey brought them back home, leading them to study and then collect objects that share their own heritage, arts, and culture. Today, The Kinsey African American Art & History Collection travels the globe as an award-winning museum exhibition – led by the stewardship of Bernard, Shirley, and Khalil Kinsey. The exhibition celebrates the achievements and contributions of Black Americans from well before the formation of the United States to present times.

The first showing of pieces from the collection was in Los Angeles at the California African American Museum. “In the Hands of African American Collectors: The Personal Treasures of Bernard and Shirley Kinsey,” the inaugural public showing of the collection, opened in 2006. Since then, the collection has been exhibited at over twenty-three museums, including at the Smithsonian National Museum of American History, the American Adventure Pavilion of Epcot Theme Park in Walt Disney World Resort, the Santa Cruz Museum of Art & History, the Norton Museum of Art, and the Hong Kong University Museum . Most recently, the family opened two exhibitions in Tulsa, Oklahoma to commemorate the centennial of the Tulsa Race Massacre that took place on May 31, 1921.

I am proud to say that, though the exhibition has been shown in every region of the United States, this is the first time that it will be seen in the Pacific Northwest!

The Kinsey African American Art and History in Collection is on view at the Tacoma Art Museum from July 31 through November 28, 2021.